A video series about places and things only found in Hickory, North Carolina

So last year, I was speaking to a friend of mine (we’ll call him Fred) who is a hiring manager for a company here in town. He was frustrated about the reply from a possible new employee who asked where the job was located. When Fred said, “Hickory, North Carolina,” the candidate came back with, “Why Hickory? What’s going on there?”

Fred was even more frustrated when he didn’t have an answer. 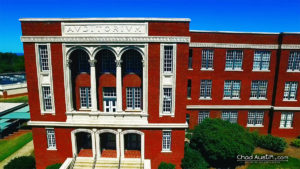 So, I saw a need that has not quite been met with educating people on the outside. I love Hickory. There are a lot of cool places and things indigenous to Hickory and its surrounding areas. So the idea for an educational video series about all these places was born.

We’re calling it the “This.Hickory” series.

The first of this series is a focus on Highway 127 North. Using mostly aerial video, a person not familiar with hickory might get a good idea of what can be found there.